9/19/15, A WIDE LANDSCAPE: Colonel Sanders in the Same Column As Coumadin 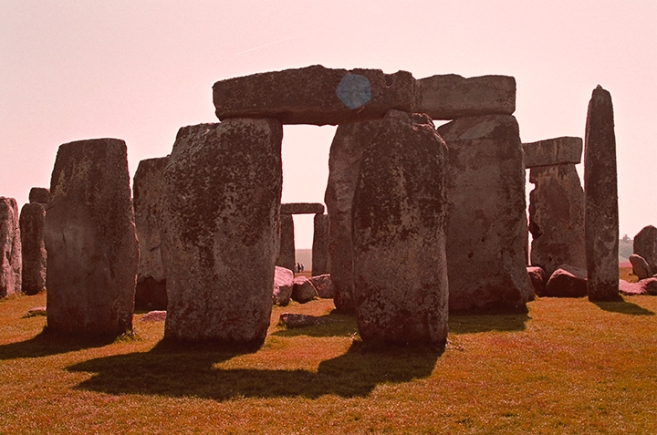 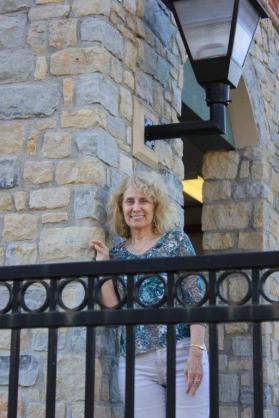 I will be drawing from the subject matter of my two books for the focus of my blog: “Our Parents in Crisis: Confronting Medical Errors, Ageist Doctors, and Other Healthcare Failings” and “Starting with Serotonin: How a High-Rolling Father of Drug Discovery Repeatedly Beat the Odds.”

This gives me a wide landscape, and I may widen it even further, depending on what strikes me on a given day or where my free associations lead me. Having been both a newspaper features columnist and an op-ed columnist during a decades-long journalism career, I often get struck.

I was annoyed over the summer, for example, by SNL alum Darrell Hammond’s impersonation of Colonel Harland Sanders in a series of new KFC restaurants television commercials. The Colonel wasn’t a daft, cartoonish, out-of-touch geezer with a cackling laugh, as Hammond portrayed him. He was a shrewd, rags-to-riches American Dream success story who was tough and irascible, not cute and cuddly. I’m old enough to remember the Colonel, who died in 1980, when he was alive, and so is Hammond.

What was behind the Colonel’s resurrection? The ironic answer, as far as I could discern from research, was ageism. Market analysts apparently believe people do not eat at KFC because its iconic image is a white-haired old man, not because they’re trying to lose weight or they don’t like the Colonel’s special recipe. Old turns them off.

If this is true, then the solution is to confront the ageism behind such idiocy and right the wrongheadedness, not to create an insulting PR image. I advise people who prefer truth with their drumstick to do some research on the real Colonel and suggest they start with Josh Ozersky’s book, “Colonel Sanders and the American Dream.” You may not like the man, but you’ll learn the credit he is due and appreciate him as more than a caricature. Darrell Hammond, whose SNL work I love, does a mean Bill Clinton; I suggest he polish it up for 2016 and leave the Colonel’s legacy alone.*

Ageism is pervasive in U.S. society and in what passes for culture, especially in the mainstream. So is misinformation about medicine in the popular media. The Washington Post, for example, published an article July 13, 2015 about a drug that I know very well: Coumadin®, generically known as warfarin. Coumadin, the name I prefer, is an anticoagulant. It is not a blood thinner, even though the media, including The Post, always call it that. You may, as well. It’s a common, but incorrect, lay description.

Coumadin thwarts clotting by antagonizing vitamin K, which is essential to the liver’s production of blood-clot-promoting factors. Patients who take Coumadin, therefore, are advised not to eat leafy vegetables that are high in vitamin K, such as spinach and broccoli.

Coumadin is a great drug, a life saver, but it’s a drug that needs to be monitored. Patients taking it must have the clotting capability of their blood lab-tested regularly. A test known as PT-INR, for Prothrombin Time-International Normalized Ratio, allows the clotting time of a Coumadin patient’s blood to be calculated. People complain about the inconvenience of such monitoring, but the bother can be minimized. One of my mother’s caregivers “checks her INR” at home and calls the result into a nurse in her cardiologist’s office. I could do the same, and I have no medical training.

The point of the Post’s story was that Coumadin patients who reside in nursing homes may not receive from the facility’s staff the monitoring they need. These would be nurses, not doctors. Nursing homes typically don’t have staff doctors; they’re off-site consultants who may never even see a patient. As a consequence of neglect, Coumadin patients may bleed internally too much, assuming they are taking too much of the drug, and die. On the flip side, with too little Coumadin, they may develop life-threatening clots that travel from the legs to the lungs, or originate in the heart (if the patient has a rhythm disorder) and travel to the brain, causing a stroke.

This shouldn’t surprise you. Nursing homes pose deadly risks to their residents, in much the same way that hospitals threaten patients. If your parent takes Coumadin and is in a nursing home, YOU have to monitor his or her usage and clotting time, to ensure that no errors occur—unless your parent is with it enough to perform his or her own oversight. This is reality.

Another of my journalistic peeves is the newspaper article or TV news report that trumpets a medical “breakthrough” or other hot therapeutic development, based on a medical journal’s press release, which doesn’t amount to a hill of beans once you go behind the headline—which I do. A corollary to this is the same reporter’s failure to follow up the big breakthrough story with the sorry-folks-it-didn’t-pan-out story, which will not be publicized in a release.

I also object to a medical news report that omits vital background and context so that I can’t evaluate the merit of its claim. What is a breakthrough without context? The article that flat out misstates the facts because the reporter relied on unreliable sources, including other news stories, and/or was too lazy, thoughtless, or time-pressed to do independent research also pushes my buttons. They perpetuate errors. I like to point out those errors, and I’ll give you my sources.

My blog will capture my perceptions, opinions, knowledge that I believe is important to impart, and what I like to think of as my voice. I’m a critic and advocate, researcher and investigator. I’ll also preview my new book. My blog and I will evolve without preconceptions. I hope you drop by again.

*Weekend update: Yesterday (9/20) I saw a KFC commercial on TV with former SNL “Weekend Update” anchorman Norm MacDonald impersonating the Colonel. I approve! MacDonald, also known for his spot-on Burt Reynolds impersonation, plays Sanders with a wink-wink insider’s twinkle, not a cackle. Marketers figured out how to have fun with the Colonel and two popular  and slightly subversive (especially MacDonald) SNL alumni, ensuring that everyone is in on the joke. Who’s next? Chevy Chase?

NEXT TIME: The truth about thalidomide and the FDA heroine who thwarted its approval in the United States.

One thought on “9/19/15, A WIDE LANDSCAPE: Colonel Sanders in the Same Column As Coumadin”