11/23/15: THE LATE ROBIN WILLIAMS and Lewy Body Dementia: A Gap in Knowledge and Awareness 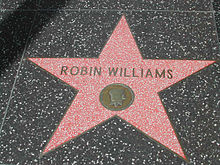 I reacted with skepticism and curiosity to the recent news that the late comedian and actor Robin Williams, whose August 2014 suicide shocked and saddened so many, had Lewy body dementia, also called Lewy body disease or LBD.

LBD is not a neurocognitive disorder with subtle clinical features (symptoms) nor is it a diagnosis casually made. Surely, I thought, Williams, his family, and his physicians would have known if he had LBD. What’s this all about?

The headlines flowed from an interview given by Williams’s widow, Susan Schneider Williams, to People magazine: http://www.people.com/article/robin-williams-widow-susan-williams-people. I read it and then did some more digging. Unbeknownst to me—I missed it, folks—the autopsy report on the 63-year-old Williams, released in November 2014, indicated the presence of “diffuse Lewy body dementia” in his brain. Diffuse signifies widespread.

I remember reading after his death that Williams, an edgy and unpredictable comic genius who experienced depression throughout his life, had been diagnosed with early Parkinson’s disease (PD) less than a year before. In the wake of his suicide by hanging, the media reported that Williams had been severely depressed and anxious and suffering from insomnia. I read and heard nothing about dementia, only depression.

The fact that Williams’s autopsy revealed Lewy bodies in his brain—a fact that his bereft widow is now discussing—doesn’t necessarily mean that he had dementia. After the autopsy’s release, the Lewy Body Dementia Assn. (LBDA) posted comments on its website by a neuropathologist at the Mayo Clinic in Jacksonville, Fla., who studies diseased brain tissue. Dr. Dennis W. Dickson warned: “The use of the term dementia in the neuropathology report should not be inferred to mean that dementia was observed during life.”

That’s excellent advice. Susan Williams may be spot-on in blaming Lewy bodies for her late husband’s aberrant behavior, but a dementia diagnosis cannot be made simply on the basis of their presence.

In the course of doing research for “Our Parents in Crisis,” I briefly studied Lewy body dementia. I learned that LBD is characterized by Parkinson’s disease-like motor symptoms and Alzheimer’s disease-like cognitive deficits. Commonly associated with Parkinsonism, LBD may be a variant of PD or, alternatively, of AD.

I had no working knowledge of LBD then and was stunned to learn that LBD, not vascular dementia, which is typically caused by strokes, is the second most common dementia in the United States, after Alzheimer’s disease. The LBDA estimates that 1.4 million people have the disorder. According to the Alzheimer’s Assn., 5.3 million people have AD, 5.1 million of whom are age 65 and over.

Having done research for this blog, I now understand that LBD, which is more accurately described as dementia with Lewy bodies (DLB), is an umbrella term for Lewy-body-associated dementias. The LBDA details the three common clinical presentations of this disorder, and much more, at http://www.llbda.org.

According to the Johns Hopkins medical authorities upon whom I relied in my book, Lewy bodies are “tiny spherical deposits of a protein called alpha-synuclein.” They are named for Dr. Frederich Lewy, who first identified them in 1912 in the autopsied brains of Parkinson’s patients that he examined while working in Dr. Alois Alzheimer’s laboratory in Munich. The brains of Alzheimer’s patients have abnormal deposits of beta-amyloid plaques and tangles of tau proteins.

In the eighth chapter of my book, “Memory Loss: Normal Aging, MCI,* or Dementia?,” I take pains to explain normal cognitive aging; to differentiate various types of dementia; and to discourage people from making snap judgments when confronted with an elder’s memory loss or other cognitive stumbles. Consciousness-raising about Alzheimer’s disease—which is a good thing—has given rise to a tendency by well-meaning laypeople to diagnose any mental confusion as AD, when they have neither the evidence nor the expertise to do so.

Alzheimer’s disease, says my go-to expert, Johns Hopkins neuropsychiatrist Dr. Peter Rabins, is a “diagnosis of exclusion.” The examining physician must establish that there is no other cause for the patient’s cognitive deficits. He or she therefore engages in a process of elimination, the extent of which naturally depends on his/her expertise. LBD merits the same thoughtful, comprehensive approach, not a hindsight analysis in People magazine or on “Good Morning America.” Still, I applaud Susan Williams for bringing it to the public’s attention.

Despite its prevalence, LBD is not well known and, because it clinically overlaps with Parkinson’s and Alzheimer’s, it can be difficult to diagnose. After I’m finished discussing the disorder(s) here, you may know more than most physicians, including most neurologists, do about it. And I’m only scratching the surface. Unless and until awareness of LBD increases, you can expect physicians either to fail to recognize it or to misdiagnose LBD as AD because Alzheimer’s disease is what they are used to seeing.

I should note that the American Psychiatric Assn. has replaced the term dementia, which it considers pejorative, with the term, major neurocognitive disorder, in the fifth and latest edition of its “Diagnostic and Statistics Manual of Mental Disorders” (DSM-5). The new DSM-5 categorizes neurocognitive disorders as either mild or major and differentiates major disorders by type, such as AD- or LBD-type. I don’t believe that the term dementia, which describes a severe decline in cognitive function, is pejorative, but I use it here, not to dispute the APA, but because it is familiar. You know what it means.

To understand LBD, you first must know something about Parkinson’s disease, which has an average age of onset of 62.

Parkinson’s is characterized by muscular tremors and rigidity and impaired motor control. PD patients may experience partial facial paralysis that results in a blank expression, a slowed or altered gait (shuffling), and/or imbalance. The disorder occurs when neurons in the substantia nigra, a layer of pigmented nerve cells in the midbrain that produce the neurotransmitter, dopamine, are damaged or destroyed. (Neurons, aka nerve cells, are the working units of the nervous system. Nerves are projections of neurons.) Lewy bodies are found in these damaged cells. Thus, all PD patients have Lewy body disease.

It was not until the 1960s—when great strides in Parkinson’s disease treatment were made—that researchers discovered Lewy bodies in the cortex of the brains of some people who had dementia. The cerebral cortex is your brain’s extensive outer layer of “gray matter.” It is largely responsible for what we consider higher brain functions, including thought, reasoning, memory, and voluntary muscle movement.

An LBD patient has Lewy bodies in both his or her midbrain region and cortex, which is why LBD is sometimes called cortical Lewy body disease or diffuse Lewy body disease. Apparently, Williams’s brain showed evidence of the cortical disease. Like Alzheimer’s disease, LBD progressively worsens and is currently incurable, but medications are available to treat its symptoms.

In contrast to PD, according to Dr. Rabins, Alzheimer’s disease “starts in a very specific part of the brain that has to do with smell.” This is the entorhinal cortex, which is the main interface between the hippocampus, a seahorse-shaped neural structure, and the neocortex, which is the outermost layer of the cortex. Rabins calls the hippocampus “the center for new memory.” It also plays a role in spatial navigation and, if damaged, can cause disorientation.

“When you have Alzheimer’s disease,” Rabins pointed out in a lecture I attended at Johns Hopkins University, “you never feel like you’re in a familiar place.” You cannot connect your perceptions with your memories.

It is believed that LBD patients have plaques and tangles in their brains that are characteristic of AD, and that AD patients also have cortical Lewy bodies. LBD patients have problems with language, thinking, memory, and other cognitive abilities similar to those that occur in Alzheimer’s disease. Typically, however, their functioning fluctuates with varying levels of alertness and attention. Unlike AD patients, they may alternate between periods of alert coherence and periods of confused unresponsiveness.

Also unlike AD patients, LBD patients often have detailed and extremely vivid hallucinations early in their illness. They tend to fall asleep easily during the day and have restless, disturbed sleep with behavioral acting out of their dreams.

“To receive a diagnosis of dementia with Lewy bodies,” according to the Lewy Body Dementia Assn. website, “a person must have significant problems with thinking and memory that interfere with everyday life.”

Until recently, there had been no indication that Robin Williams experienced such a degree of interference. Now, however, we learn from Susan Williams that her husband had become increasingly paranoid and delusional and that “depression was one of let’s call it 50 symptoms and it was a small one,” she told People.

I deeply empathize with Susan Williams’s pain, anger, and unrest. I understand her second-guessing and search for answers. That’s my modus operandi when my voice of reason tells me something is wrong—when doctors aren’t seeing what I’m seeing—in an on-going medical crisis.

If Williams feels guilt, I understand that, too. It would seem that the doctors her husband consulted fell tragically short. She doesn’t have to forgive them, but I hope she forgives herself and her husband, if forgiveness would help her, and she doesn’t make a diagnosis now that no one can make. To say that the much beloved Robin Williams died from Lewy body dementia would not be correct, and such an error would confuse people, not enlighten them.

“Further research is needed to better understand why some individuals with diffuse Lewy body disease do not show symptoms of dementia,” said Mayo Clinic neuropathologist Dr. Dickson. “In particular, we need to learn how dementia with Lewy bodies differs clinically from Parkinson’s disease when they both share the same underlying disease process.”

Clinical features depend on the underlying disease, on the areas of the brain it affects, on whether it is widespread or localized, on its rapidity of advancement, and on I don’t know what all else.

Besides a legacy of joy and laughter, it is fitting that Robin Williams should leave us a legacy of new knowledge and awareness. He was always breaking barriers, taking risks, and testing conventional limits. Susan Williams should take pride in her stewardship of this legacy. I thank her for speaking out and stimulating me to take another look at this disorder. I am already thinking that a friend of mine’s father, whose fluctuating cognition and movement problems have baffled physicians, may have it.

I encourage you to read more: www.llbda.org.

*MCI is an abbreviation for mild cognitive impairment.