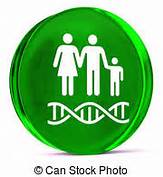 About 5 to 10 percent of all cancers are hereditary, meaning that a genetic mutation inherited from a parent caused the cancer.

I already have discussed the genes, BRCA1 and BRCA2, mutations of which are associated with hereditary breast and ovarian cancer (abbreviated HBOC), as well as hereditary prostate, pancreas, and melanoma cancers. In the United States, mutations in the BRCA genes are more common in people of Ashkenazi Jewish descent than in the general population. (See my Nov. 16, 2016 Facebook post about BRCA mutations, facebook.com/anngsjoerdsmaauthor.)

According to the National Cancer Institute, the medical community has described more than 50 hereditary cancer syndromes, the majority of which “are caused by highly penetrant mutations that are inherited in a dominant fashion.” Two of the more common ones for which genetic testing is available are Lynch syndrome and Li-Fraumeini syndrome.

People with Lynch syndrome have a hereditary predisposition to colorectal cancer and other malignancies as a result of an inherited mutation in what the U.S. Centers for Disease Control and Prevention calls a “mismatch repair gene.”

Cancers associated with Lynch syndrome, which is also known as hereditary non-polyposis colorectal cancer (HNPCC), typically occur before age 50, with the mean age of onset being 45. People with HNPCC can get polyps in their colons, but they only have a few, not hundreds, as is the case with familial adenomatous polyposis (see below).

HNPCC also leads to a high risk of endometrial cancer, which is cancer in the lining of the uterus, in women, and to an increased risk of ovary, stomach, small intestine, pancreas, kidney, brain, ureter, and bile-duct cancers.

The CDC advises that if you have (or suspect you have) at least three relatives with an HNPCC-associated cancer, at least one of whom is a first-degree relative (parent, sibling, or child) of the other two, and at least one of whom was diagnosed before age 50, and at least two successive generations of your family have been affected by these cancers, then you should obtain a referral for genetic counseling from your primary care physician. Genetic testing can determine if you have an HNPCC gene mutation.

If you know you carry such a mutation, you should start screening for colorectal cancer in your early 20s. That means seeing an oncologist and gastroenterologist and having regular colonoscopies at minimum. If you’re a woman, you should be screened for endometrial cancer.

Li-Fraumeini syndrome is much rarer than either HBOC or HNPCC. It is most often caused by an inherited mutation in TP53, a tumor-suppressor gene that stops the growth of abnormal cells, but its causative mutation also may occur in the CHEK2 gene. Li-Fraumeini leads to the development of many cancers, including sarcoma (such as osteosarcoma, which is in the bone, and soft-tissue sarcoma), leukemia, brain cancer, cancer of the adrenal cortex, and breast cancer. (The adrenal cortex is the outer portion of the adrenal gland that sits atop each kidney. The cortex produces steroid hormones.)

The Li-Fraumeini cancers typically occur in childhood, except for the breast cancer, which occurs in young adulthood. According to Professor Beth N. Peshkin, a genetic counselor in the Georgetown oncology department, one in 300 people in Parana, Brazil carry the TP53 mutation. The incidence of adrenal cortex tumors in children in southern Brazil is 12 to 18 times the incidence of such tumors in the United States and Europe.

The CDC warns that people with this gene mutation also are at higher risk of developing cancer from radiation therapy.

Other identified hereditary cancer syndromes include:

Cowden syndrome; the mutation is of the PTEN gene; it causes breast, thyroid, endometrial, and other cancers.

There also are benign tumors associated with some of the above syndromes, such as the pheochromocytomas seen in Von Hippel-Lindau syndrome and multiple endocrine neoplasia type 2. (Pheochromocytomas, also called pheos, are benign adrenal gland tumors that I know a lot about because of my father’s pioneering work. In another blog, I will share with you the story of the familial pheochromocytoma breakthrough. The responsible clinicians working under my father at the National Heart Institute had only medical knowledge, perceptiveness, and legwork at their disposal, not genetics.)

Some heart diseases caused by gene mutations also have been identified. According to Professor Peshkin, there are four known hereditary heart conditions that “predispose a person to sudden cardiac death.”

The best known among them is Long QT syndrome (LQTS), a disorder of the heart’s electrical activity that can cause sudden, dangerous arrhythmias.

An electrocardiogram, which you may know as an “EKG,” but is increasingly called an “ECG,” records the heart’s electrical activity in waves. Each heartbeat is mapped as five distinct waves: P, Q, R, S, and T. The interval between Q and T, which normally consumes about a third of each heartbeat cycle, shows electrical activity in the ventricles, the heart’s lower chambers. (I explain the anatomy of the heart and how this vital pump works in detail in my book, “Our Parents in Crisis.” A single heartbeat takes 0.85 second.)

According to the National Heart, Lung, and Blood Institute, there are seven known types of inherited LQTS. I refer you to the NHLBI for more information about this condition and to the Johns Hopkins Center for Inherited Heart Diseases generally for an overview of inherited heart conditions:

If you are thinking about genetic counseling and do not believe your physician can assist you adequately—he or she may need direction from you—you might start your research with an overview by the American Cancer Society: http://www.cancer.org/cancer/cancercauses/geneticsandcancer/what-happens-during-genetic-testing-for-cancer.

The National Cancer Institute has compiled an excellent fact sheet that should answer most of your questions: https://www.cancer.gov/about-cancer/causes-prevention/genetics/genetic-testing-fact-sheet.

The NCI also maintains a Genetic Cancer Services directory, through which you can locate genetic counselors. See https://www.cancer.gov/about-cancer/causes-prevention/genetics/directory.