6/17/17: EMERGENCY ROOM DISASTER: Cautionary Tale of a Dog Bite; This is Why I Advocate for Advocacy 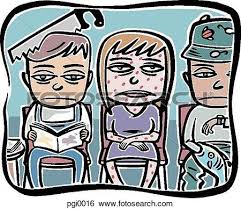 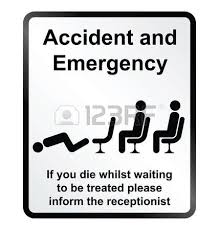 If you are in the emergency room of a hospital with a very sick or injured loved one or friend, DO NOT LEAVE. NEVER EVER LEAVE unless you are 100 percent certain that your loved one is receiving appropriate care. But even then, make sure that you have spoken in detail with the attending physician(s). Seek the doctor out, if you must. This is no time for timidity or passivity. If the attending doc acts like you are an annoyance—red alert!—put your guard up. He/she may not be a doctor whom you can trust.

I cannot stress this enough: You are your sick loved one’s voice and memory. Even with a loved one who can represent him or herself, you must ensure that the doctors and nurses who attend your spouse/parent/child/friend, etc., get all of the facts of what happened—i.e., why your loved one and you came to the ER—and of your loved one’s medical history. Ask and answer all of the questions that you know should be asked, even if they’re not. The only law that applies in an emergency department is Murphy’s Law: Whatever can go wrong will go wrong.

You also should have at the ready a written list of medications and their dosages that your loved one is taking, along with a list of surgeries he/she has had and important diagnoses (diabetes, hypertension, asthma, whatever), that you can hand to the person doing the ER intake. Take multiple copies. If you don’t have anything in writing, be sure that you can thoroughly detail meds, surgeries, diagnoses, and any other important information. It is also critical that, in giving a history of the current illness, you have your dates straight. Know the chronology of symptoms, treatment, etc.

I have been there, done that, so many times. Our healthcare system is overtaxed and dysfunctional, especially in an emergency setting. You cannot count on the system operating as “it should.” It doesn’t. Instead, you have to anticipate failure and take action to prevent it from happening. You’re not second-guessing the medical professionals; you’re helping them to function. They’re human beings, not superheroes. You’re all on the same team, but you’re each coming into the game from a different dugout and seeing the field from a different angle.

This morning I read a chilling story in The Washington Post about a 50-year-old man who almost died because of an infected dog bite. He survived, but he now has a permanent disability. (Never mess around with possible infection. Take an antibiotic! Save your concern about  the increase in microbial resistance to antibiotics for when you have a cold.)

The bite victim and his wife committed some errors in judgment in obtaining (and NOT obtaining) medical care at the crowded emergency department of the University of Kentucky medical school, and the emergency doctors slipped up, as well. Please take the time to read this article, “A dog bite sent him to the ER. A cascade of missteps nearly killed him,” by Sandra G. Boodman:

I hope you can access it. If you can’t, please Google dog bite – cautionary tale – Washington Post. This type of disaster happens all of the time, every day, in hospital emergency departments across the country.

The dog-bite patient’s wife’s decision to leave her husband alone in the chaotic emergency room so she could tend to the couple’s two crated dogs was a poor decision. Sadly, she knows that now. I understand how she felt; I have animal companions whose comfort and care are very important to me, too. But, here again, preparation is crucial: Make sure someone else has a key to your home and can tend to your pets when you cannot.

A LABORATORY OF ERRORS

As I write in my book, “Our Parents in Crisis: Confronting Medical Errors, Ageist Doctors, and Other Healthcare Failings,” there is no place in which an advocate needs to be more aware, more alert than in the emergency department of a hospital. National diagnostics expert Pat Croskerry, M.D., Ph.D., himself an emergency physician, characterizes emergency medicine as “a natural laboratory of errors.” Amen.

The following is an excerpt from my book, with endnotes omitted and annotations added:

“Nowhere in medicine,” writes Croskerry, “is rationality more bounded by relatively poor access to information and with limited time to process it, all within a milieu renowned for its error-producing conditions. It is where heuristics dominate, and without them emergency departments would inexorably grind to a halt.”

[Heuristics are shortcuts in doctors’ problem-solving and clinical decision-making. When they work well, which is in the majority of patients’ cases, because doctors have seen their conditions before (they’re horses, not zebras), heuristics seem resourceful and effective. When they fail, when the outcome is adverse, they reflect cognitive biases and lapses in critical reasoning. Also called cognitive dispositions to respond (CDRs), heuristics explain why doctors fail to question their own assumptions, why their thinking is sometimes closed or skewed, why they overlook gaps in their knowledge, and why they honestly believe they do not make mistakes. In emergency departments, doctors use CDRs to shoot from the hip.]

Emergency departments, even the one in the small Outer Banks Hospital [that I frequented often with my parents], pose circumstantial obstacles that do not exist anywhere else in hospitals, including:

Doctors and nurses, alike, may be fatigued, anxious, and/or irritable. If you’re in the emergency department of a teaching hospital, you may encounter residents who are working long shifts and are suffering from exhaustion and that disruption in circadian rhythm that Croskerry warned about. (Thanks to mandatory reductions in residents’ hours, however, today’s resident is not as sleep-deprived as his or her predecessors were. See Appendix Three, “The Paradox of the Better-Rested Resident.”)

I am most concerned with advocacy on behalf of an older loved one. Ageism is a cognitive disposition to respond:

Whether your parent is coming to the ED from home or from another facility, such as a nursing home, you must quickly size up the scene, so your Mom or Pop doesn’t get overlooked. I’ve usually been able to identify a competent and keen nurse to whom I could turn for help: She (or he, but not in my experience) is efficient without being brusque and doesn’t call anyone honey.

At the same time, I’ve accepted that doctors are available only fleetingly—and may disappear off-shift suddenly—so I maximize my minutes with them. If the doctor sees my parent before I’ve arrived, I seek him or her out, but only after making a polite inquiry of the nurse. Whatever the problem is, whether it is a progressive illness or a sudden disabling event, I have a written timeline or synopsis of what has happened, as well as a copy of my parent’s medical and prescription-drug history, which each has prepared, and my health-care power of attorney. I identify the salient features that I think the doctor should know about Mom’s or Dad’s condition, before and after the illness, fall, attack, etc., and the questions I’d most like to ask.

It’s important to appreciate that all emergency doctors’ working (short-term) memory for problem-solving may be seriously limited and to accept that your Mom’s or Pop’s diagnosis is an ongoing process.

“Becoming a Doctor” author Melvin Konner describes the job of the emergency staff as “the immediate and temporary prevention of deterioration and death.” This is what Croskerry calls rul[ing] out the worst-case scenario, or “ROWS.” Before an emergency doctor can discharge this weighty responsibility, he or she has to recognize the seriousness of the patient’s condition. Because of CDRs [which I list in my book,] this is not as easy as it may seem. This is where you come in.

Consider how your Mom or Pop will appear to ED doctors and nurses who are seeing her or him for the first time. What is likely to be their initial impression?

Did your Mom with the (currently undiagnosed) obstructed bowel arrive by car or by ambulance? Did she walk in or was she wheeled in? One means of transport may signal urgency to the emergency medical team, whereas the other may not. The visceral biases that doctors and nurses adopt—the attribution and other affective errors—start forming immediately.

[Attribution is a doctor’s tendency to blame the patient, especially those with “self-inflicted” ailments, such as alcoholics, heavy smokers, or grossly obese people. Attribution is based on negative stereotyping and reflects a doctor’s lack of understanding and compassion. Psychiatric patients typically fare poorly. Affective errors are positive and negative emotional responses that doctors have to patients, responses that influence their medical judgments.]

Does your mother seem fine to someone who doesn’t know her baseline health? Is she already on medication that may mask her symptoms? How effectively does she communicate? How does she “frame” her problem to the medical people? What kind of personality does she have? Is she hyper-critical, impatient, prickly, someone who might annoy or irritate medical technicians, nurses, and doctors, or is she even-tempered and courteous, even when in pain?

In the ED, you must be especially wary of your parent’s framing and the no-fault causes that he or she introduces, such as memory lapses or even denial of symptoms, and the tendency for doctors to anchor to the easy-to-categorize-and-treat diagnosis and then to engage in vertical-line failure. They are eager and ready to move on to the next patient.

[Anchoring and vertical-line failure are CDRs. Anchoring refers to a doctor’s tendency to fixate on specific features of a patient’s presentation (often first impressions) too early in the diagnostic process. When doctors make anchored diagnoses, they see only the markers they expect to see and neglect those that should tell them they’re wrong. Anchoring leads to a premature closure of thinking, which is dangerous when the diagnosis is wrong. . . . Vertical-line failure is basically thinking inside the box. According to Croskerry, “routine, repetitive tasks often lead to thinking in silos—predictable, orthodox styles that emphasize economy, efficacy, and utility.” The thinking is inflexible.]

According to a major study of closed malpractice claims based on misdiagnoses, the four leading breakdowns in diagnostic reasoning in the emergency department are:

2)      Inadequate performance of the patient medical history and physical examination;

3)      Incorrect interpretation of tests; and

All four breakdown [applied to a] brushoff my mother received at the Outer Banks Hospital before I stepped in. [She arrived by ambulance ahead of me.] All four reflect [what I call] How Doctors Don’t Think.

Up to 50 percent of the malpractice lawsuits filed against emergency physicians are based on misdiagnoses, as compared with a third of the alleged negligence claims filed against primary-care physicians in hospitals and out-patient settings.

Studies estimate that 1 to 12 percent of all admitted patients who visit the emergency department are misdiagnosed. Of course, the vast majority of ED patients are not admitted: They are treated and discharged.