9/27/17: BENDECTIN®: THE TRUE STORY; A Safe Treatment for Nausea and Vomiting of Pregnancy, Part Four of Four 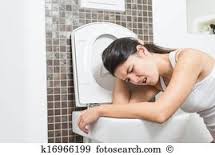 After pulling Bendectin, Merrell Dow was anxious to dispose of all legal claims and negotiated a multidistrict settlement with a representative for the plaintiffs’ attorneys. On July 14, 1984, Judge Carl B. Rubin of the U.S. District Court in Cincinnati announced the parties’ agreement to establish a $120 million fund for all present and future Bendectin claimants.

But the agreement did not hold up. Believing it disadvantaged their clients, Barry Nace and other plaintiffs’ lawyers objected to the settlement and had it invalidated on appeal. As a result, a class-action suit consolidating more than 800 Bendectin claims went to trial early the next year.

Judge Rubin “trifurcated” the trial into evidentiary phases that dealt with one of three issues: 1) causation; 2) liability; and 3) damages. In a controversial move, the judge excluded all children under age ten and any children with visible birth defects from appearing in the courtroom during the initial causation phase. In order to get to the liability phase, the jury had to respond affirmatively to the question: “Does Bendectin cause birth defects, yes or no?” Nine expert witnesses for the plaintiffs testified about Bendectin’s teratogenicity, and ten experts for Merrell Dow disputed it. In March 1985, the jury answered no. Merrell Dow won the case.

The pivotal expert for the company proved to be Dr. James Goddard, a former head of the FDA and the U.S. Centers for Disease Control, who relied upon an analysis prepared for the court (not for Merrell Dow) by Washington epidemiologist Steven H. Lamm. Lamm not only analyzed all available studies in 1984 and found no association between Bendectin use and any birth defects, but he obtained birth-defect incidence data from the CDC and showed that despite the dramatic decline in Bendectin sales and its subsequent withdrawal, annual rates either remained the same or increased. [According to data from the National Center for Health Statistics, the number of hospitalizations in the United States for nausea and vomiting of pregnancy increased from 7 per 1000 live births to 15 to 16 per 1000 live births from 1981 through 1987.*]

The litigation did not end with the class-action verdict, nor with its affirmation on appeal, however. Yet to be resolved were the individual cases of plaintiffs who had opted out of the consolidation—notably, Nace’s clients—and any newly filed claims. Jim Newberne, who testified in Cincinnati, was now eager to defend these cases, which, he said, “roamed all the way from a defective ankle to, you name it, little ear lobes, anything, anything [the plaintiffs] could bring into play.”

Jim Newberne was tied up full-time for a long time with this thing. He would come back and tell me about these farces at these trials. It was ridiculous. The usual hacks were testifying against us.

A pattern soon emerged: Most juries ruled in favor of Merrell Dow, but whenever an occasional jury did not, its verdict would be overturned on appeal “as contrary to the weight of the scientific evidence.” Appellate judges openly, and sometimes disgustedly, rejected Dr. Done’s conclusions, which were based largely on other scientists’ dubious animal research and his own mathematically suspect “reanalyses” of epidemiological studies and never published in peer-reviewed scientific journals. Courts began to refer to “the now nearly universal scientific consensus that Bendectin has not been shown to be a teratogen.”

In 1987, [plaintiffs’ expert witness] William McBride, suspected for years in Australia of scientific fraud, was exposed for falsifying data—including, Newberne claimed, some of his Bendectin results—and committing other research improprieties. He later lost his license. [Plaintiffs’ expert] Alan Done exaggerated his credentials and allegedly perjured himself, prompting one appellate judge to write that “he reeks of the hired gun who will say anything that money can buy so long as it is glibly consistent with his prior testimony in other cases.”

“Merrell never paid an award,” said Newberne, who last testified in 1992, a year before he retired. “I think the epidemiologic work clearly gave free rein to use of this drug, under any circumstance.”

Ironically, the Bendectin litigation led to a 1993 U.S. Supreme Court opinion, Daubert v. Merrell Dow, that liberalized the standard for judging admissibility of expert scientific testimony—as the plaintiffs had sought—but did not help the plaintiffs.**  The high court ruled that, in order to ensure that expert testimony is both relevant and reliable, a trial judge must assess whether its underlying reasoning or methodology is scientifically valid. In reaching this decision, a judge may consider whether a theory or technique has been subjected to peer review and publication—a noteworthy failing of the Bendectin plaintiffs’ experts.

The last appellate court decision on Bendectin came down in Pennsylvania in 2000. It rejected Done’s testimony as “so flawed as to render his conclusions unreliable,” under both the old and the new evidentiary standards.

Although Bendectin disappeared in the United States, it remained available in Canada, where the small company, Duchesnay Inc., has sold the doxylamine-pyridoxine hydrochloride mixture, Diclectin®, for years. Duchesnay has conferred with the FDA about marketing its product in the United States and received clearance. In 1999, the FDA determined that Bendectin “was not withdrawn from sale for reasons of safety or effectiveness,” thus facilitating approval of an abbreviated new drug application. The drug has now been evaluated for teratogenicity, and found lacking, in more than thirty epidemiological studies.

A woman actually can mix her own Bendectin with over-the-counter products. Doxylamine succinate is found in Unisom Night-time Sleep-Aid and in formulation with other ingredients in NyQuil Nighttime Colds Medicine and Vicks Formula 44 Cough Mixture, and vitamin B6 is readily available in tablet form.

“Starting With Serotonin” was published in June 2008. On April 8, 2013, the FDA approved Duchesnay’s formulation of Bendectin’s two ingredients, doxylamine succinate and pyridoxine hydrochloride—in delayed-release tablets, 10 mg/10 mg, and to be sold in the U.S. under the brand name, Diclegis®—to treat NVP in women who have not improved with a change in diet or the use of other non-medicine treatments. These are women who have symptoms that are clinically significant, resulting in a diminished quality of life.

(About 1% of pregnant women, including Catherine, the Duchess of Cambridge,  experience hyperemesis gravidarum, a condition characterized by persistent vomiting, loss of 5% of body weight, electrolyte imbalance, nutritional deficiencies, and dehydration, all of which pose a risk of harm to their unborn child and themselves. See Part One of this series.)

Writing in The New England Journal of Medicine shortly after the FDA’s approval of Diclegis, three physicians from the FDA’s Office of New Drugs said:

“The Bendectin experience serves as an informative case study of how decisions that are not science-based may affect the marketing and availability of a drug product and lead to adverse public health consequences. . . .

“[The] doxylamine-pyridoxine treatment is already the single most studied pharmacologic therapy for use in pregnancy, [and] the FDA will continue to carefully monitor postmarketing data related to Diclegis use.” [See Slaughter, van der Vlugt, and Joffe, “FDA Approval of Doxylamine-Pyridoxine Therapy for Use in Pregnancy, NEJM 370 (2014): 1081-83, at http://www.nejm.org/doi/pdf/10.1056/NEJMp1316042.]

Diclegis is the only medication that is FDA-approved for NVP.

*These statistics were obtained from the Slaughter et al NEJM article cited in the section immediately above. It is often written that hospital admissions for excessive vomiting in pregnancy doubled after Bendectin use declined and ended in the United States, but that birth-defect rates remained constant.