9/19/18: POLIO PATIENT WHO CONTRACTED PARALYZING VIRUS FROM VACCINE AS INFANT DIES AT 28: He Never Should Have Been Infected 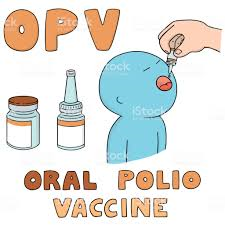 I recently read of the death of a 28-year-old man who contracted paralytic poliomyelitis (polio) from the Sabin oral polio vaccine when he was an infant. Paralytic polio is the most severe form of this contagious viral disease.

I felt sick when I saw his obituary and thought about the terrible pain and anguish that David Salamone and his family, especially his parents, must have experienced from this never event.

“Never events” in medical care are events that should never happen. Contracting polio from a vaccination against this nerve-damaging virus, which in its most severe form can cause death, should never happen because the Salk vaccine is safe.

The last natural polio case in the United States occurred in 1979. In the “wild,” the poliovirus enters the body through the mouth, usually from hands contaminated by the stool of an infected person. Since 1979, all U.S. polio cases have been caused by vaccination.

Regardless of the mode of infection, the poliovirus invades the central nervous system and destroys motor neurons, also called nerve cells. When the damage is in the spinal cord, it can cause paralysis. When polio damages neurons in the brain stem, breathing problems can occur, which is why children of earlier eras were placed in (now-obsolete) iron lungs that enabled them to breathe after they lost motor control. Swallowing and speaking also can be compromised when brain-stem neurons are affected.

The Sabin oral polio vaccine contains live virus, albeit weakened virus. It was known in 1962 that ingesting the Sabin liquid vaccine, which was given in a sugar cube then, could cause paralytic poliomyelitis, and, yet, Mr. Salamone received the vaccine in 1990—28 years later! His physician squirted or dropped it in his mouth.

Here is how reporter Matt Schudel begins Mr. Salamone’s obituary in the Sept. 16, 2018 issue of The Washington Post:

“We had a very healthy 8-pound, 8-ounce baby boy, no problems at all,” John Salamone said in 1995, describing his then-5-year-old son, David. The problems started when David was 4 months old and received a routine oral vaccination for polio.

He had a fever and a rash, but within weeks his parents noticed he could no longer crawl or turn over:

The doctors were as perplexed as David’s parents. When his mother, Kathy, asked if her son might have poliomyelitis . . . “the doctors pooh-poohed her, “John Salamone said in 1999. “They said it wasn’t possible.”

OMG. Perplexed? Not possible? This story is so awful, it makes me hurt. Fever, followed by floppy legs, also called flaccid paralysis, is a classic symptomatic progression of paralytic polio.

According to Mr. Schudel’s article, it took two years before doctors discovered that David was born May 25, 1990, in Fairfax, Va., with “a genetic immune deficiency called Bruton agammaglobulinemia, which left him susceptible to many infections and disorders, including polio. His parents were not told that a child with a compromised immune system could contract polio from the oral vaccine.”

Actually, a child didn’t have to have an immune deficiency to contract polio from the Sabin vaccine. Immune-healthy children also could contract it in this manner. It just didn’t happen that often for U.S. public-health officials to make damn sure that children only received the Salk vaccine, which does not contain live virus.

Those of you who read my multi-part blog on thalidomide in July 2017 may recall that I had a section in it about the dangers of the Sabin vaccine. I relate the behind-the-scenes story of thalidomide in my book, “Starting With Serotonin: How a High-Rolling Father of Drug Discovery Repeatedly Beat the Odds” (2008).

My father, Albert Sjoerdsma, was a prominent scientist-physician at the National Heart Institute in the 1950s and 1960s. U.S. Surgeon General Luther Terry, who wrote the 1963 report about the dangers of smoking, was Dad’s friend and first boss at the National Institutes of Health in Bethesda, Md., where I grew up. I’ve known about the dangers of the Sabin oral vaccine for quite some time because of my father and his friendship with Terry. I reprint below the section I wrote in “Starting With Serotonin” about the Sabin vaccine.

[Background: The story of the thalidomide catastrophe broke in the United States in July 1962. When I refer to Sjoerdsma in this excerpt, I’m referring to my father. Quotes in italics are taken from interviews that I did with him for my biography.]

Ironically, that same summer [1962], Luther Terry dropped by Sjoerdsma’s office and confided his worries about a homegrown public-health crisis-in-the-making.

The Surgeon General had received reports from Oregon of paralytic poliomyelitis, apparently caused by ingestion of Dr. Albert B. Sabin’s new oral polio vaccine. Dr. Jonas Salk’s vaccine, introduced in 1955, contained “killed” poliovirus and had to be injected; Sabin’s vaccine, a sugar cube that needle-fearing children could easily swallow, contained the live virus. Because evidence suggested that the Salk vaccine failed to completely immunize patients, health officials favored the inherently more dangerous, but more effective Sabin vaccine, of which there were three types.

The USPHS [United States Public Health Service] approved the Sabin vaccine in 1960, but did not clear it for a mass immunization program until 1962. Reports of vaccine-associated paralytic polio emphatically threatened its future.

Luther came in one Saturday morning—he used to get his hair cut at the NIH, and sometimes he’d drop by. And he sat there in my office, and I said, “How’s it going?” And he said, “Well, OK, except we have a little problem maybe in the Pacific Northwest where there have been some cases of polio that seem possibly related to the oral vaccine, the Sabin vaccine. But my statisticians studying the whole thing say it’s not statistically significant.” I looked at Luther and said, “Oh, yeah.” . . . Statistics don’t mean a damn thing, and Luther was kind of agreeing because he knew he had a problem.

On Aug. 22, 1962, Terry announced that he and his polio advisory committee had met to study twelve cases of poliomyelitis that had occurred outside of natural epidemic areas and within thirty days of oral vaccinations. About three weeks later, Canada suspended use of the Type III oral polio vaccine, in response to four new cases of vaccine-induced paralytic polio within its borders. This cautionary action forced Terry’s hand.

On Sept. 15, the Surgeon General officially recommended that physicians stop giving the Type III oral vaccine to adults, while assuring them that no children had been involved in any of the Canadian or U.S. polio cases. But Terry had been misinformed: One victim was sixteen, another eighteen. Three months later, he approved the use of all three types of the live-virus oral vaccine by all patients, especially children, with the caveat that adults over thirty run “a very small risk” of contracting polio.

Terry had sided with the statisticians, who estimated that older adults had a one-in-a-million chance of contracting vaccine-induced polio. Despite the favorable odds, Sjoerdsma would never let his children receive the live-virus vaccine. [endnote 1]

Statistics are little consolation for the one person who gets polio.

In time, the United States would cease routine production of the oral poliovirus vaccine, yet still maintain an emergency stockpile to use in the event of a poliomyelitis outbreak. Polio has not existed in the Americas since 1994, but it still circulates in Asia and Africa.  In 2000, the U.S. Centers for Disease Control and Prevention recommended an all-inactivated (dead) poliovirus vaccine schedule for children, to eliminate any risk of vaccine-associated polio. It took national eradication of the virus before the government would reject Luther Terry’s long-shot odds. [endnote 2]

I now know that it also took Mr. Salamone’s sacrifice and his lobbyist father’s advocacy to force a change. According to his son’s obituary, John Salamone wrote letters to the CDC, members of Congress, and even the president, informing them of the vaccine’s risk and of his son’s infection. David wore a brace on an atrophied right leg and had difficulty walking. (See photo above of the girl with braces.) According to his father, David’s cumulative ailments led to multiple organ failure, which caused his death.

“At first, the medical establishment was unmoved,” writes Mr. Schudel in The Post. “When eight to 10 children a year contracted polio, and millions of others were protected, ‘my feeling was it was a small price to pay,’ Walter A. Orenstein, who was director of the U.S. immunization program at the CDC from 1988 to 2004, recalled Friday (Sept. 14, 2018) in an interview.”

Dr. Orenstein made the same calculus that Dr. Terry did in the early 1960s. The odds of contracting polio from the vaccine were astronomical. Why worry about a few children when the benefits were so great? Besides being less frightening to children, the Sabin vaccine was cheaper to produce than the Salk vaccine.

“’Suddenly, the eight to 10 people were not just tiny numbers, but were real people,’ Orenstein said. ‘Just seeing how these people’s lives were ruined made a big difference. I went overnight from being an OPV [oral polio vaccine] hawk to being an IPV [inactivated polio vaccine] hawk.’”

Just as my father said: Statistics are little consolation for the one person who gets polio.

It’s hard to fathom that the CDC would “hawk” a polio vaccine with live virus over an inactivated vaccine ever, but especially after 1979.

Since the CDC changed its policy on polio vaccines in 2000, not a single child in the United States has contracted polio.

For a biography of Albert B. Sabin, M.D. (1906-1993), see Hauck Center for the Albert B. Sabin Archives, University of Cincinnati Medical Heritage Center at http://sabin.uc.edu/biography.cfm.

#2. See Centers for Disease Control, “Poliomyelitis Prevention in the United States: Updated Recommendations of the Advisory Committee on Immunization Practices (ACIP),” at http://www.cdc.gov/mmwr/preview/mmwrhtml/rr4905a1.htm.