Alzheimer’s disease specialists, such as Dr. Ronald C. Petersen at the Mayo Clinic and Dr. Peter V. Rabins at Johns Hopkins, both of whom I rely upon in my book, have at their disposal numerous standardized mental-status tests to give to their patients. These tests target various aspects of memory and other cognitive functioning.

(The following text is an edited excerpt from my book, “Our Parents in Crisis: Confronting Medical Errors, Ageist Doctors, and Other Healthcare Failings,” now available on special for only $20, with free shipping, at  http://improbablebooks.com/purchasesfb.html.)

The most commonly administered inventory is the Mini-Mental State Examination (MMSE®), a 10-minute test developed by Johns Hopkins neuropsychiatrists about 40 years ago to quickly evaluate a person’s cognitive status. It’s rare that a cognition specialist does not administer the MMSE in an initial evaluation.

I’ve attached a copy of the MMSE below. The first five questions of this 30-point, 11-question exam test a subject’s orientation to time, posing: What is the year? Season? Date? Day of the week? Month?

The next five focus on place: Where are we now: State? County? Town/city? Hospital? Floor?

Succeeding questions test the subject’s registration, which is a memory function gauged by asking him or her to repeat numbers or words immediately after he/she hears them; attention and arithmetic calculation; recall; language; and repetition. Executive functioning, which is higher-order thinking that includes problem-solving, planning, and decision-making, is not addressed, per se, but the last question on the MMSE involves a complex command: copying a picture that depicts two pentagons intersecting.

A subject score of 24 or lower out of 30 is considered evidence of cognitive impairment, with nine or below signifying severe impairment.

Many experts today believe this time-worn test lacks sensitivity for early impairment, especially in well-educated and/or highly intelligent people. Their crystallized intelligence and their “cognitive reserve” enable them to perform well, they note, despite their deficits. (Crystallized intelligence, a measure of general intelligence, is the amount of knowledge and information that a person brings to a testing situation. I explained cognitive reserve in a recent Facebook post: http://www.facebook.com/anngsjoerdsmaauthor/.)

Indeed, when I gave the test, which I had obtained from a Georgetown University Mini-Medical School class, to my mother, a well-educated and intelligent retired physician who was having obvious memory problems, she aced it, scoring 30 out of 30. She also asked me never to mention her failing memory again.

Besides the MMSE, a physician may use other quickie cognitive assessments, including:

+The clock-drawing test: The subject must draw a clock with all of the numbers represented and the hands pointing to a specific time of day. The more distorted and inaccurate the drawing is, the more likely the subject is to have dementia.

+The change-making test: The subject must count out a dollar’s worth of change from three quarters, seven dimes, and seven nickels, within three minutes. He or she is allowed two attempts to complete this simple math task.

+The category fluency test: The subject must name all of the animals he or she can think of in one minute. Fewer than 15 suggests a cognitive problem.

Although it may appear to some families that certain tests discriminate against mathematically-“challenged” patients or those who habitually lose track of the date, neurologists and geriatric psychiatrists take such factors into consideration. No one makes a diagnosis of Alzheimer’s disease lightly.

Not long after I gave my mother the Mini-Mental State Examination, I came across the well-known Functional Activities Questionnaire, aka the FAQ, that family members and caregivers can use to evaluate the cognitive status of a loved one. I highly recommend this assessment.

In responding to the FAQ, I rated my mother’s ability to perform 10 complex, higher-order tasks on a scale of zero to three, as follows:

+Zero signifies “normal” or “never did the activity but could do it now”;

+One represents “has difficulty, but does by self” or “never did the activity and would have difficulty doing it now”;

The activities of this questionnaire are:

+Assembling tax records and making out business and insurance papers;

+Playing a game of skill (e.g., bridge or chess) or working on a hobby;

+Heating water for a cup of coffee or tea and turning off the stove;

+Paying attention to and understanding a television show, book, or magazine;

+Traveling out of the neighborhood (e.g., driving or arranging to take buses)

I tallied nine points for Mom. I didn’t give her any threes—in part because she has never prepared a tax return or handled insurance papers— but I assigned two twos, on paying attention to and understanding a TV show or book and remembering appointments, family occasions, and medications. This was July 2011. Today, I would be hard-pressed to evaluate her because she has physical limitations, including debilitating arthritis, that interfere with her functioning, but I’m certain that her total, reflective solely of her mental status, would be higher.

While many neuropsychiatric experts regard nine points as the cutoff for impairment, the Mayo Clinic’s Petersen says people with mild cognitive impairment usually score around a four and those with mild dementia may score from 10 to 13.

I was able to put Mom’s score into perspective when I gave my friend Kathy the FAQ in order to evaluate her mother, who then lived alone with daytime assistance from a young, untrained, and not-very-astute caregiver. One of Kathy’s three brothers lived nearby and checked on her occasionally, but she did not receive daily family care.

Kathy said her mother, who was in her early 80s, couldn’t manage any of the functional activities. None. She couldn’t remember something she heard just 10 minutes before. She had forgotten how to operate a simple room thermostat. When she “packed” for an out-of-town wedding, she brought sneakers to wear with a very old dress.

Her mother acts “more like a child and fixates on the dog,” Kathy said. Fixates, but then forgets to feed him.

Soon after this assessment, Kathy and her brothers arranged for their mother to visit a small church-associated assisted-living facility in the Midwest, halfway across the country from her longtime New Jersey home. The brother who had been looking out for her no longer could, and the siblings, all of modest means, decided to move her as close as possible to a brother who could.

Their mother did not fare well in her new environment, becoming more frail, agitated, and argumentative. When Kathy visited her, she often did not recognize her daughter and had little interest in her staying. She clung to the dog that Kathy’s brother brought for visits.

The four adult children had their mother evaluated by a neurologist. His diagnosis came as no surprise: Alzheimer’s disease, well into the second stage.

Less than a year after her move, Kathy’s mother fell and fractured her hip, an injury that never healed. She died of pneumonia, the usual cause of death for a person with Alzheimer’s disease, letting go of life only after she knew all of her children were at her bedside. 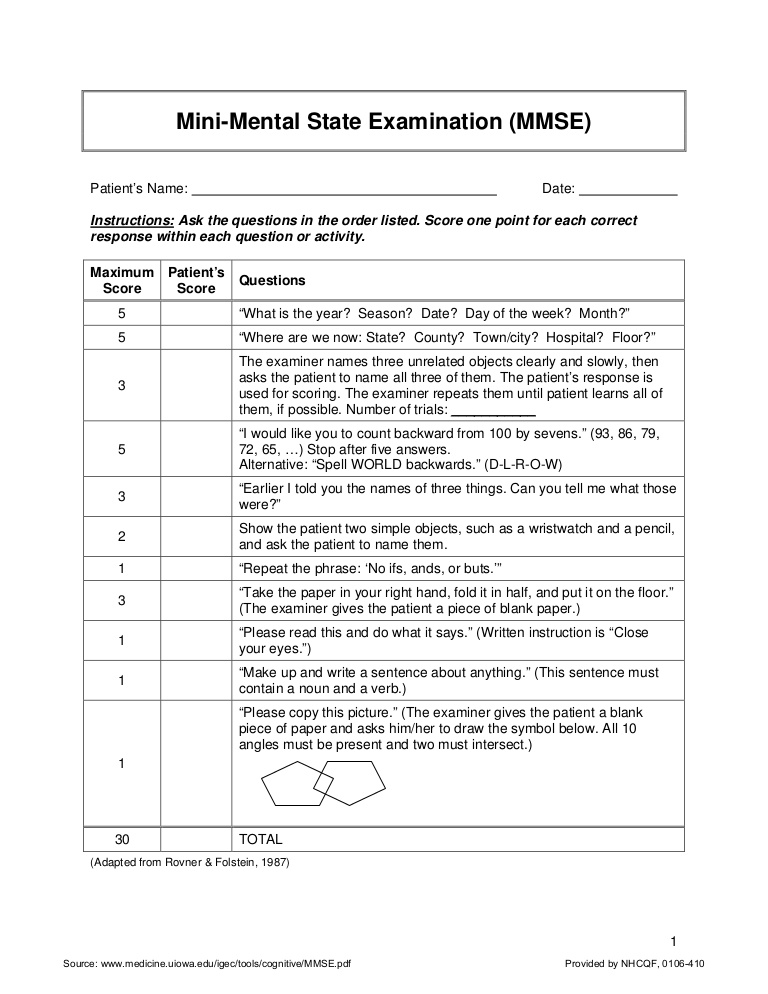