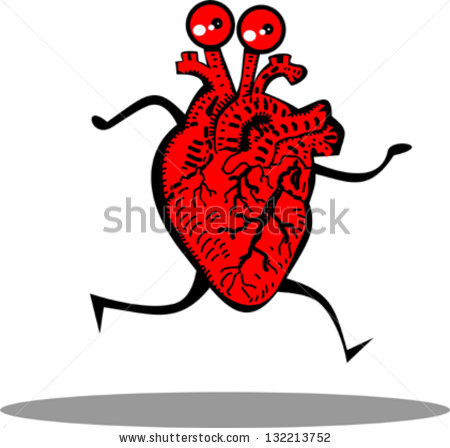 During exercise, older people often find themselves short of breath and unable to keep up with the routines that they did when they were younger. Is their response to physical exertion normal aging? To answer this question, you must look at cardiac output.

A healthy, resting adult heart beats on average about 72 times per minute. The corresponding stroke volume would be about 70 mL per beat. Thus, the CO would be 70 multiplied by 72 or 5040 mL/min., which is the same as five liters per minute.

During exercise, your heart rate and stroke volume normally rise to meet the metabolic needs of your body, including the demand for increased oxygen. If exercise is vigorous, cardiac output can increase up to seven-fold, which, in the above calculation, would be 35 liters per minute. A decreased cardiac output, thus, would affect a person’s response to exercise and contribute to decreased aerobic capacity (hence, shortness of breath).

Cardiac output tends to decline with age, but not precipitously. Although I have read reports that, by age 85, a person’s CO will have decreased by 30 to 60 percent, not all geriatricians agree. Georgetown geriatrics professors, whose lectures I’ve attended, say older hearts work harder, but generally maintain cardiac output.

Many medical authorities consider a 25- to 30-percent decline in CO a “normal” average. This decline is largely because of an age-related change in heart rate, not because of a change in ventricular loading. Stroke volume remains unchanged or only slightly elevated in healthy older people.

If you’ve been in a gym, you’ve undoubtedly seen a chart that shows a decline in maximum heart rate correlated with advancing age. One physician I consulted said you could calculate maximum heart rate by subtracting a person’s age from 220, so a 65-year-old’s heart would beat a maximum of 155 times per minute.

Because of human heterogeneity—some nonagenarians run marathons!—I’m disinclined to apply this calculation across-the-board. But, regardless of differences in fitness, older people generally have a lower maximum heart rate than young people during exercise, as well as when they are seated, but not when they lie down.

I take pains in my book, “Our Parents in Crisis: Confronting Medical Errors, Ageist Doctors, and Other Healthcare Failings,” in a chapter about the aging body, to explain the central nervous system (brain, brain stem, spinal cord) and the peripheral nervous system (nerves and ganglia outside of the CNS) and the latter’s functional divisions. During National Heart Month, my publisher is offering a mark-down price of “Our Parents in Crisis,” from $27.95 to $20, with free shipping. Please click www.improbablebooks.com/crisis, if you’re interested.

When confronted with an intensely anxious or fearful situation—faced with making a “fight-or-flight” response—your SNS reacts by stimulating the release of the hormones norepinephrine and epinephrine (aka adrenaline) to help your body meet the challenge.

Your SNS accelerates your heart rate and redistributes blood away from the less vital organs, i.e., those you’re not using, to the working skeletal muscles, the brain, and the heart—as well as to the skin to dissipate heat through perspiration. Your SNS causes what you know commonly as an adrenaline rush.* (The complementary system to the SNS is the parasympathetic nervous system, which, through hormone-activated physiological processes, relaxes the body, so that it maintains a stable equilibrium.)

Not only may an older heart require a greater amount of time to contract and relax, because of structural changes (see my 2/15/17 blog), it may not be able to respond as rapidly as a younger heart to the sympathetic nerve signals it receives during exercise.  As we age, researchers theorize, the levels of norepinephrine and epinephrine circulating in our blood increase and thereby desensitize our hearts to their stimulation. A reduction in the older heart’s pacemaker cells, as I also mentioned 2/15/17 in part one of my aging-heart blog, may contribute to its impaired response during exercise.

Insufficient sympathetic nervous system activity also may account for the low blood pressure that older people can experience upon standing up too quickly—so-called orthostatic hypotension—and the lightheadedness it causes.

Whether a decline in sympathetic nervous system response occurs with all older people is uncertain. Elders increasingly adopt a sedentary lifestyle, which affects their cardiac functioning and influences any conclusions that may be made on the basis of age alone. Clinical research unquestionably has shown that regular aerobic training can lessen the age-associated decline in cardiac output.

Regular exercise unquestionably attenuates the adverse effects of aging on the heart and vasculature and protects against the development of cardiovascular disease in older adults, so keep moving!

Next up: The Effects of Insufficient Sleep on the Heart