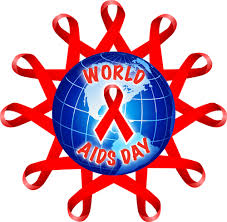 Yesterday was World AIDS Day. The following is a continuation of an excerpt from my book, “Starting With Serotonin: How a High-Rolling Father of Drug Discovery Repeatedly Beat the Odds,” that I posted yesterday:

On Oct. 25, 1984, Sjoerdsma presented Barlow’s PCP-DFMO results and the early cures of West African trypanosomiasis to an audience of scientists at the University of Chicago, his alma mater. He gave the prestigious Anton Julius Carlson lecture. . . . [titling] his cutting-edge talk, “Successful New Treatment for Lethal Protozoal Infections, Including Pneumocystis Carinii Pneumonia Associated with AIDS and African Sleeping Sickness.”

His audience bought into at least 50 percent of his claim.

These infection experts were very skeptical that DFMO would do anything in PCP. They argued with me about it because our trials were uncontrolled. We were signing it out as compassionate use. . . . These were near-terminal cases where other things had failed. You couldn’t have controls.

Expert skepticism notwithstanding, Sjoerdsma continued to authorize the distribution of DFMO to physicians whose AIDS patients had failed to respond, or reacted poorly, to pentamidine and/or TMP/SMX. This therapy, albeit humanitarian, promised no commercial payoff, but Sjoerdsma had delivered a golden cow in Seldane® [the first-ever non-drowsy antihistamine; its metabolite is the drug Allegra®]. Merrell Dow could afford to “do the right thing.”

By January 1986, 151 AIDS patients had received DFMO, 90 of whom had been in respiratory failure, requiring mechanical ventilation. Sixty-six of the 151, including 16 on ventilators, completed the 14-day treatment required to evaluate DFMO’s efficacy. Of these, 49, or 74 percent, experienced a favorable clinical response, as judged by such factors as disappearance of symptoms, weaning from mechanical ventilation, a return toward normal arterial blood gases, improvement of chest X-ray or lung gallium scan, and ultimate hospital discharge. Sixteen of the 66 consented to a post-treatment biopsy or other bronchial test for microbiological evidence of a cure, and all were found to be clear of P. carinii.

On April 23, 1986, the FDA designated α-difluoromethylornithine (DFMO) an orphan drug, a status Sjoerdsma considered a stepping stone to its eventual approval. DFMO received the tradename, Ornidyl®, and the generic name, eflornithine hydrochloride.

We never called it eflornithine. We always called it DFMO.

[An orphan drug is a drug that treats a disease in which fewer than 200,000 cases occur annually in the United States. Orphan drugs need not undergo widespread clinical trials.]

Merrell Dow’s DFMO application listed T.b. gambiense trypanosomiasis and P. carinii pneumonia as indications, but not cancer, which was an early target for DFMO. In 1987, Schechter and Sjoerdsma reluctantly reported: “In approximately 500 patients with a variety of far-advanced malignancies, [DFMO] therapy (usually oral) did not convincingly influence tumor growth or disease progression.”

I’ve always had an enormous respect for cancer. . . . Cancer is like a mountain. Nobody’s made a major chip in it for years. . . . They spend millions every year, and they still don’t get anything.

[I omit here a description of subsequent studies done with DFMO in patients who had various types of recurrent malignant brain tumors and had failed to improve with radiation and chemotherapy.]

Sjoerdsma’s DFMO study—and his empathy for the hopeless AIDS patients he encountered—spurred him to initiate an antiretroviral research program at Merrell Dow.

The then-recently developed AIDS drug, AZT (Retrovir® or zidovudine), acted by inhibiting the enzyme reverse transcriptase in the virally infected cell. Sjoerdsma zeroed in on a different point of attack.

He had read in the medical literature that castanospermine, an alkaloid derived from the Australian Moreton Bay chestnut tree—aka the black bean tree or Castanospermum australe—blocked glucosidase-I, an enzyme critical to HIV’s glycoprotein processing, and, therefore, its replication. Interested in making more potent castanospermine analogues, he “cornered the world market on castanospermine, importing tons of nuts to Midland, [Mich.],” where Dow biochemists extracted it from the seeds.

I tracked down the source of the raw material. The only supplier was this guy, Reg Smith, in Australia who collected these nuts from trees in the rainforests. I bought up all the nuts he could gather.

Prasad Sunkara and other company scientists collaborated with British virologist A. Stanley Tyms of the Medical Research Council in London on viral culture studies. I paid for Stan’s lab for six years. One of the MDRI analogues that Tyms tested in an HIV culture—6-O-butanoyl castanospermine (known as MDL 28,574 or bucast)—exhibited an antiretroviral effect worthy of studying further.

In the 1990s, clinical trials with celgosivir, as MDL 28,574 became known, would show promise—but in a different deadly virus than originally intended. By 2007, extended Phase II evaluation of celgosivir had established its efficacy in combination therapy for chronic hepatitis C. [My book was published in 2008. I do not know what became of the celgosivir trials, but, as you know from my blogs on 8/4/17 and 8/7/17, the drug Harvoni®, which combines the antivirals, sofosbuvir and ledipasvir, is now THE treatment for hepatitis C. It cures people.]

On Aug. 1, 1988, Merrell Dow filed its New Drug Application for Ornidyl with the FDA, noting only one indication: T.b. gambiense. Sjoerdsma no longer considered PCP a target.

Merrell Dow pulmonary expert Byron D. McLees, who took over the emergency DFMO-PCP program from John Barlow, had coordinated treatment in up to 800 AIDS patients. Unquestionably, the drug, which inhibits an enzyme involved in cell growth, cleared the pneumonia in some patients who had not been helped by pentamidine or TMP-SMX. But Sjoerdsma lost interest in the therapy when an aerosol form of pentamidine proved to be a prophylactic.

That changed the picture for me. At the time we were doing this, nobody knew that pentamidine would have a prophylactic effect in the pneumonia. Not only would there be many fewer cases of PCP, but now there were more and more effective anti-AIDS drugs.

In 1989, despite minimal evidence of efficacy—but in response to AIDS activists’ demands for fast-tracking AIDS drugs (a move that Sjoerdsma applauded)—the FDA approved NebuPent®, an aerosol pentamidine. Clinical studies strongly suggested that one monthly inhalation of NebuPent, lasting from 30 to 45 minutes, would prevent PCP, or delay a relapse, in most AIDS patients. This turned out to be the case.