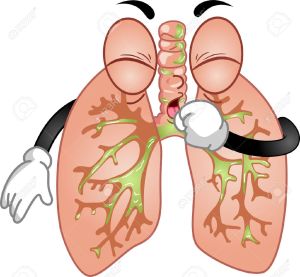 Since my WORLD AIDS DAY: RECALLING THE CRISIS NEARLY 40 YEARS AGO posts of 12/1/17 (“Deaths Due to Opportunistic Pneumonia”) and 12/2/17 (“Early Drugs to Treat the Dying”), in which I reproduced an excerpt from my book, “Starting With Serotonin,” about my father’s efforts to save early AIDS patients, I’ve learned that the fungus causing Pneumocystis pneumonia has been renamed. It is now known as Pneumocystis jiroveci, not Pneumocystis carinii, as my father referred to it.

The name change came about in 1999 because of newly acquired knowledge about the pathogen’s DNA, which I’ll explain below, along with more information about the disease it causes.

Sadly, I happened upon this name change when I did some research recently in the aftermath of the death of a dear friend of mine’s husband. He had a rare autoimmune disorder that affects the lungs. When he became ill and quickly regressed, his doctors treated him with trimethoprim-sulfamethoxazole (TMP-SMX)—the drug used to treat AIDS patients infected with Pneumocystis pneumonia—as well as other medications to try to save his life. My friend spoke of “PCP,” but she was not familiar with Pneumocystis carinii. I now know why.

According to an excellent 2002 article about PCP in “Emerging Infectious Diseases,”* Pneumocystis organisms were first reported by Dr. Carlos Chagas in 1909—but incorrectly so. The famous Brazilian physician/scientist/bacteriologist/researcher mistook Pneumocystis for a form of Trypanosoma cruzi, or trypanosome. Trypanosomes, Chagas’s specialty, are protozoa.

Trypanosomiasis is commonly known as sleeping sickness. You will recall from my 12/1-12/2 posts that my father’s drug, DFMO, which he tried in AIDS patients, cures a form of West African trypanosomiasis. It has no such effect on Chagas disease. The underlying parasites are genetically different.

Within a few years of Chagas’s report, further studies established that the microbe he discovered was not a trypanosome, as he assumed, but a new species, named Pneumocystis carinii. Until the late 1980s, Pneumocystis carinii was thought to be a protozoan, although some investigators pointed out that Pneumocystis organisms exhibited morphologic similarities (i.e., shape and form) to fungi.

According to the “Emerging Infectious Diseases” article, the protozoan hypothesis of Pneumocystis was based on the following criteria (for those of you who like details):

2)      Absence of some phenotypic features of fungi

In 1988, however, DNA analysis established that Pneumocystis is a fungus, albeit an odd one that is very difficult to grow in culture. The limited success of scientists’ attempts to cultivate the organisms in vitro has curtailed study of the organisms and slowed the development of a definitive nomenclature.

What is generally accepted about the Pneumocystis lifecycle comes primarily from microscopic observations of animal models of infection, not from cultured specimens.

Soon after the proper classification of Pneumocystis was determined at the kingdom level, additional DNA data showed that Pneumocystis organisms in different mammals are also quite different.

Since 1999, the organism that causes human PCP has been named Pneumocystis jiroveci, in honor of Czech parasitologist Otto Jirovec, who is credited with describing the microbe in humans. Jirovec made his breakthrough in 1953 with a Czech pathologist.

Pneumocystis, which has been identified in every mammalian species studied thus far, is a species-specific pathogen. Each host species (human, rodent, etc.) harbors a distinct genetic variation of the organism. The rat-specific fungus is now termed Pneumocystis carinii, and the mouse-specific is called Pneumocystis murina.

The disease once known as Pneumocystis carinii pneumonia is one of the leading causes of illness and death in persons with impaired immunity. It has been described in immunodeficient patients for many years—back to the time of Jirovec’s research—but until the AIDS epidemic, it did not affect a substantial number of patients.

Fortunately, the incidence of PCP, as well as other opportunistic infections, in persons infected with the human immunodeficiency virus has declined dramatically since the introduction of highly active antiretroviral therapy (HAART). Pneumocystis remains a major pathogen, however, in HIV-infected persons who either are not receiving HAART or are not responding to HAART.

PCP also has clinical import for persons immunocompromised for reasons other than HIV, such as by organ transplantation or chemotherapy for cancer or another malignant disease. Pneumocystis infection has even been documented in people who are only mildly immunodeficient, but have a chronic lung disease.

The fungus has a tropism for our lungs’ alveoli, which are the tiny capillary-covered air sacs that serve as the primary sites for the critical exchange of gases (we take oxygen in; expel carbon dioxide out) that occurs between the outside air and our bloodstreams. Tropism describes an organism’s involuntary orientation, response, or forward movement.

It is clear that Pneumocystis enters our bodies by a respiratory route. We breathe in this potentially life-threatening fungus. But where does the fungus come from? How does an immunodeficient person get infected with PCP?

According to the U.S. Centers for Disease Control and Prevention, Pneumocystis is extremely rare in healthy people. Although the organism can live (it “colonizes”) in human lungs without producing symptoms—notably, a fever, dry cough, difficulty breathing, chest pains, and extreme fatigue—we are not all walking around normally with Pneumocystis, which can become active when our immunity is impaired.

It is also true that most children develop anti- Pneumocystis antibodies early in life, and that the prevalence of these antibodies appears to increase with age. The CDC says that at any given time 20 percent of adults carry the fungus, which their immune systems remove within several months.

As far as I could discern from my research, the mode of Pneumocystis infection is not fully understood. For years, it was thought that humans were infected with this opportunistic pathogen very early in life and developed PCP as a result of reactivation of the latent infection when (and if) they became immunodeficient. Emerging evidence now suggests that PCP is the result of a reinfection of an as yet unknown human or environmental source.

Distributed throughout the world, the ubiquitous Pneumocystis is most likely transmitted from human to human.

The most effective treatment for PCP remains TMP-SMX. As I noted in my previous posts on AIDS, there is a high incidence of intolerance to this drug because of allergies to the sulfa component. This has not changed.

The drug is often prescribed to immunocompromised persons as a preventive for PCP, as so-called prophylaxis. Physicians also prescribe Bactrim®, the most common brand name for TMP-SMX, for patients who are taking high-dosage steroids.

According to an overview article by two critical-care pulmonologists at Louisiana State University,** nonadherence with prophylaxis and/or long-term prophylaxis use in Pneumocystis-colonized individuals have given rise to TMP-SMX-resistant strains of the pathogen. With drug resistance come treatment failure and increased mortality. There is now a great need for novel therapies.

For a general overview of PCP, see the CDC’s explanation at https://www.cdc.gov/fungal/diseases/pneumocystis-pneumonia/index.html.