5/30/18: UV LIGHT EXPOSURE AND CATARACTS: Protect Your Eyes As Well As Your Skin; Wear Sunglasses to Prevent Cataracts, Other Eye Conditions 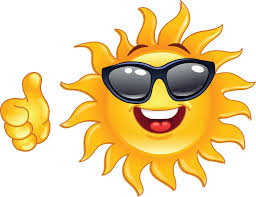 Have you noticed that younger people are having cataract surgery these days? I’m referring to people in their 40s and 50s, rather than their 70s and 80s, which are more typical ages for such surgical patients.

I have, and I may have stumbled across the principal reason why in my recent health-care reading: Exposure to the sun. To ultraviolet (UV) radiation, especially the harmful UVA (long-wave) and UVB (short-wave) rays that penetrate the Earth’s atmosphere.

I say stumbled because, although I wear prescription sunglasses regularly when I’m outdoors, I never really thought about the protection they give me from cataracts and other harmful eye conditions. I wear them to correct my myopia and eliminate glare, not prevent cataracts or macular degeneration. I’m now wondering if my lifelong nearsightedness may have been a small blessing, as well as the curse I’ve always considered it.

It’s well understood today that the sun’s UV rays damage unprotected skin, increasing the risk of skin cancer. But how many of us appreciate the damage that UV radiation has on our eyes?

According to Dr. Albert Jun, an ophthalmologist at Johns Hopkins’s esteemed Wilmer Eye Institute, who was quoted recently in a Washington Post health column that I read, “UV light causes oxidative stress. It plays a role in the aging process and in disease processes. . . . UV exposure increases your risk of getting more advanced cataracts or cataracts at earlier ages.”

A cataract is a clouding of the eye lens, which “bends (refracts) light rays that come in,” according to the American Academy of Ophthalmology. Your lenses are positioned behind your irises, the colored parts of your eyes. They focus the entering light, producing clear, sharp images on your retinas.

Each lens is naturally clear. When a cataract forms, the lens becomes progressively cloudy—until it is opaque, if it is left in place—making vision blurry and otherwise impaired. During cataract surgery, an ophthalmologist removes the old lens and typically replaces it with a clear artificial lens. See the online Mayo Clinic’s description of this outpatient procedure at https://www.mayoclinic.org/tests-procedures/cataract-surgery/about/pac-20384765.

The AAO lists the following symptoms of a cataract:

Being extra sensitive to light

Age is the main risk factor for cataracts. It’s no secret that as you age, your eyes change, typically starting around age 40. According to the Mayo Clinic, your lenses naturally become “less flexible, less transparent, and thicker” with age. This is because of increased collagen rigidity. Tissues within the lens break down and can clump together, causing cloudiness—at first, only in small areas. As cataracts develop, they become bigger and denser. See https://www.mayoclinic.org/diseases-conditions/cataracts/symptoms-causes/syc-20353790.

As I’ve previously mentioned, chemistry is not my strong suit. I find it easier to conceptualize the natural age-related changes that your lenses undergo as a breakdown in proteins rather than as “oxidative stress.” Nonetheless, I feel I must elaborate upon Dr. Jun’s reference to oxidative stress, a term that describes an imbalance in the body between free radicals and antioxidants.

Free radicals are oxygen-containing molecules with an uneven number of electrons, which allows them to react easily with other molecules. Free radicals can cause large chemical reactions known as oxidation, a process that involves the moving of electrons. Suffice it to say that oxidation both protects and harms the body. Antioxidants lend free radicals an electron and, thus, stabilize them and make them less reactive.

One of the diseases associated with oxidative stress and cataracts is diabetes. Injury and inflammation also may change the tissue of your lenses and lead to cataracts.

Besides excessive exposure to UV rays, the Mayo Clinic cites smoking, excessive alcohol consumption, obesity, high blood pressure, and long-term steroid use as risk factors for the development of cataracts. Perhaps my younger friends who have had cataract surgery were over-indulging in a manner other than excessive sun exposure.

According to Washington Post “AnyBODY” columnist Jill U. Adams, other eye conditions related to UV rays include the “noncancerous growths,” pinguecula and pterygium. A pinguecula “is a yellow spot or bump on the white of the eye,” she writes, and a pterygium, also known as surfer’s eye, “is a fleshy growth that can spread to the cornea and affect vision.” A pterygium often starts as a pinguecula.

Pingueculas and pterygia grow on your eye’s conjunctiva, the clear covering over the white part of your eye, and typically are treated with drops. For a discussion of treatment, see https://www.aao.org/eye-health/diseases/pinguecula-pterygium-diagnosis-treatment; and https://www.eyeinstitute.co.nz/About-eyes/A-to-Z-of-eyes/Conditions/Pterygium-and-Pinguecula.

Age-related macular degeneration also has been associated with UV exposure, but according to an AAO spokeswoman whom Ms. Adams quotes, the data on the evidence of this relationship “are very mixed.”

According to an abstract I read from a 2011 review article about UV radiation and AMD that appeared in Eye & Contact Lens journal, “The relationship between UV light exposure and AMD is unclear, although short wavelength radiation and the blue light induce significant oxidative stress to the retinal pigment epithelium.”

Blue light, which exists at the blue end of the electromagnetic spectrum, has been implicated in “retinal damage,” possibly “leading to AMD,” the AMDF says.

Light wavelengths are measured in nanometers, each nanometer being a billionth of a meter. Visible light—which we obviously see, as opposed to the invisible ultraviolet light—has wavelengths ranging from 400 to 700 nm.

UVB wavelengths range between 286 and 320 nm; and the waves of UVA light range between 320 and 400 nm. Ophthalmologists recommend that you wear sunglasses that protect against “UV 400,” meaning they block light at wavelengths up to 400 nanometers.

Ophthalmologists also urge people to wear sunglasses outdoors year-round, even when the sun isn’t out. There’s harmful UV radiation on cloudy days and during all seasons, regardless of the sun’s position in the sky.

If only sunglasses could prevent eye floaters! But they’re grist for another column on another day.

I have been away from this blog for an extended period because I’ve started another writing project, and its launch has consumed more time than I expected. I’ve missed my medical reporting and will be resuming my previous writing frequency in June.