6/15/18: SUMMERTIME BLUES: I AM A MAGNET FOR MOSQUITOES, Those Lousy Bloodsuckers: Here’s Why 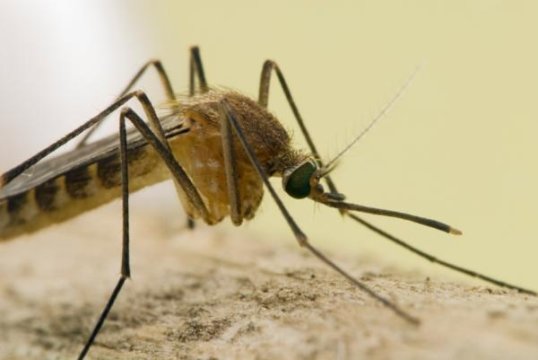 I’m too often up-close and personal with these bloodthirsty females, who emerge with the warm weather.

I am a magnet for mosquitoes.

I am that person at the back-yard barbecue who can’t stay because, while most every other guest is enjoying a cool cocktail, unmolested by summer’s flying bloodsuckers, I am being chewed alive.

My ankles and arms have mosquito bites upon mosquito bites. I wear insect repellant whenever I go outdoors, taking extra caution in the late afternoon and around dusk, but sometimes even DEET doesn’t dampen the enthusiasm that female mosquitoes—only the mothers “bite”—have for me.

The other day, while applying a coat of mosquito-be-gone spray, I started thinking about why I am noticeably more desirable to mosquitoes than other people. It’s not bad luck or my imagination. I delved into both online journalism sources and professional biology and medical entomology journals. The following is an overview of what I found out:

I am among the 20 percent of people whom scientists say mosquitoes find especially irresistible. Medical entomologists call me a “high attractor type.”

Judging by what I’ve read about my attractor type, it just may be, as my neighbor coyly suggests, that I’m sweet. The chemicals secreted by my skin may make me prime bait for skeeters, who use sight first and then smell to hunt for victims. Amazingly, some of my “sweetness” may be attributable to the fact that I have Type O blood!

In several sources, I read that 85 percent of people produce a secretion that signals what blood type they have. Type O blood has actually been found in scientific studies to be twice as attractive to mosquitoes than Type A blood. Types B and AB are similarly unappealing.

I also do something that she-devil mosquitoes can’t resist: I breathe. In particular, I exhale carbon dioxide. Mosquitoes are crazy about CO2.

According to the American Mosquito Control Assn., there are more than 3,000 species of mosquito in the world, 176 of which have been recognized in the United States.

Americans are fortunate that malaria, the Zika virus, and other tropical diseases transmitted by mosquitoes are not endemic in the States. Those of us who offer good landing spots for these bloodthirsty potential disease vectors do have to be concerned about West Nile virus, however.

In North America, mosquito season starts in the summer and continues into the fall.

All mosquitoes feed on plant nectar. The females add blood to their diets in order to obtain the protein that they need to create and develop their eggs. Their mouth parts differ from the parts that the males have. Females have proboscises, which are elongated straw-like appendages that pierce the skin of a human host and search for a blood vessel to suck. Once they find their target, proboscises release saliva into the wound, which in turn elicits a histamine response from the target—you or me.

I’m sure you’ve heard of histamine in the anti-histamine sense, as in taking a medication to neutralize or antagonize your body’s histamine response, which is typically to an allergen, such as pollen or ragweed. Histamine is a physiologically active compound released by your immune system. When it combats a mosquito’s unwelcome saliva, histamine causes your blood vessels to swell—thus creating the welt or bump on your skin that we call a bite. The vessels, in turn, irritate nerves, causing your skin to itch.

It is well-established that female mosquitoes are attracted by carbon dioxide. They can smell CO2 from a distance of up to 160 feet.

There are only trace amounts of CO2 in the Earth’s atmosphere, but there are high concentrations of it in the plumes of air we humans exhale. (Scientists use the term plumes to describe our exhalations. I like it.) This is why mosquitoes buzz around your head, near your mouth, nose, and ears.

Female mosquitoes have two sensory organs: their maxillary palps and their antennae. CO2-sensitive olfactory neurons, which also detect human skin odorants, are housed in sensilla on the maxillary palps.

Not surprisingly, given their gas preference, female mosquitoes are attracted to those people who tend to give off more carbon dioxide than others do. Larger people exhale more CO2—mosquitoes usually leave children alone—and pregnant women in their third trimester reportedly produce about 20 percent more CO2 than their non-pregnant peers.

Pregnant women also emit more “volatile odors,” according to Dr. Laura C. Harrington, a mosquito biologist and entomologist at Cornell University, and they have extra body heat. Evidence exists to suggest that mosquitoes are sensitive to thermal stimuli and like warm bodies.

After drinking a 12-ounce beer, Conlon says, a human being becomes the perfect host for a mosquito. He/she is breathing a little harder, and his/her skin is a little warmer.

I’m not a beer drinker, nor am I particularly large or pregnant, but I may produce more carbon dioxide because of a “higher metabolic rate”—another “risk factor” identified by entomologists. I’ve always considered the phrase, “higher metabolic rate,” layperson-speak, but I suppose you can apply the concept underlying it to athletes. If stress and anxiety amp up “metabolic rate,” then my plumes are CO2-loaded.

According to Conlon, more than 350 compounds have been isolated from odors produced by human skin, and researchers are “just beginning to scratch the surface” on what people-exuded compounds and odors might appeal to mosquitoes.

Among the compounds known to attract them are lactic acid, a byproduct of vigorous physical activity that’s excreted through sweat; acetone, a chemical released in your breath; and estradiol, a form of estrogen. Ammonia and uric acid, also emitted in sweat, are known lures, as well.

Genetic “factors” apparently influence the amount of uric acid and other substances naturally emitted by each person.” Research on identical and fraternal twins reportedly suggests that there is an underlying genetic mechanism to skin odors and, hence, mosquito appeal.

Some of the scientific articles I skimmed, however, suggest that, absent CO2, female mosquitoes don’t find lactic acid and other natural skin odorants all that attractive.

Mosquitoes are decidedly attracted to chemicals emitted by bacteria, with or without CO2, including the bacteria found on human feet. They cue into foot odor: The stinkier, the better. Mosquitoes actually have shown a preference for Limburger cheese!

I said at the top of this blog that mosquitoes use their sight first, then their olfactory sense, to locate a blood source. Mosquitoes are drawn to people wearing dark colors, particularly black, navy blue, and red. They also gravitate toward people who move, such as walkers and runners, tending to avoid stationary targets. This may be because of active people’s thermal appeal.

So, when I’m out walking my dog in my favorite red shorts, emitting my Type-O-blood and goodness-knows-what-else scents, and exhaling my plumes, I’m pretty much inviting these parasite to feast on me. It doesn’t help that I tend to sweat in the heat, and I sometimes take my dog out after I’ve done a treadmill workout, because I’m already hot and sweaty!

I scrub my feet every day, and they’re not cheesy smelling—but I may start scrubbing them more often. But what do I do about the rest of my skin? Like all human skin, my skin is teeming with resident flora. There’s no telling what dermal microscopic life might catch a mosquito’s fancy. How many showers can a mosquito magnet take in one day? And what good is a shower, anyway? The microbes vastly outnumber me.

And what about the sunscreen that I wear religiously because I’m protecting my already damaged skin from further sun damage? Do mama mosquitoes like the way it smells?

Apparently not. Scientists say that perfumes, colognes, and other fragrances that we apply to ourselves have no effect on mosquitoes.

I’ll conclude this summertime advisory by telling you that rubbing garlic on your skin; taking vitamin B; drinking apple cider vinegar, or trying other non-toxic home mosquito-repelling remedies doesn’t work. Plant-derived oils, such as lemon eucalyptus and rosemary oil, have a repellant effect—substantially less than DEET, however—but they evaporate from your skin quickly.

Unless you want to wear netting and cover every inch of your skin, you’re left to depend on a chemical repellant or to take your chances.