6/27/18: IN THE SUMMERTIME, LET’S PAUSE: LOOKING AT AGING WITHIN YOUR ENDOCRINE SYSTEM 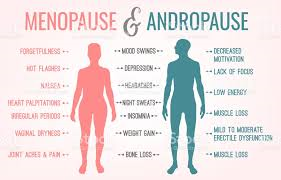 (Dear readers: I continue to be consumed by another writing project. Rather than “go dark” for the summer, I am going a bit laid back. The following blog about the endocrine system and age-related changes within it is an edited excerpt from my book, “Our Parents in Crisis: Confronting Medical Errors, Ageist Doctors, and Other Healthcare Failings” (2015). “Brocklehurst” refers to “Brocklehurst’s Textbook of Geriatric Medicine & Gerontology” (2010). As usual, I omit the endnotes.)

Your body’s endocrine glands, such as the adrenals, which sit atop your kidneys, produce and secrete hormones into your bloodstream. Hormones then bind to receptor molecules on the cells of their target tissues. Control over the release of most hormones begins in your brain with your hypothalamus, which also regulates your autonomic (aka involuntary) nervous system.

Your hypothalamus influences your pituitary gland, which is located at the base of your brain, to release nine different hormones that have stimulatory effects on lower endocrine glands, including the thyroid, adrenal, and gonadal glands. These lower glands, in turn, produce their own hormones and may perform additional functions. The gonads, for example, produce the sex hormones, such as estrogen and testosterone, with which you are probably most familiar.

Within the endocrine system, but outside of the hypothalamus-pituitary axis, the pancreas secretes the critical hormones insulin and glucagon, which regulate blood levels of the monosaccharide sugar, glucose.

Chemically speaking, hormones are either proteins, peptides, and amino-acid derivatives, on the one hand, or lipids, on the other. Steroid hormones, produced mostly by the adrenal cortex and the gonads (ovaries and testes), are lipids.

Normal aging is marked by a variety of hormone-reduction or deficiency states also known as pauses. The affected hormones and their pauses are:

Somatopause, induced by the body’s dropoff in human growth hormone, causes a reduction of protein synthesis and a decline in immune function and contributes to the age-related loss of lean muscle, expansion of adipose-tissue mass, and thinning of skin.

Somatopause’s exact neuroendocrine mechanism remains unclear. Research suggests that it is more likely caused by an age-dependent decline in the hypothalamic regulation of HGH secretion than aging changes in the pituitary gland. It has been shown that older people with poor physical fitness and/or more fat secrete even less HGH than those who maintain fitness and a trim body weight.

HGH that contains the real hormone, not the substitute ingredients of over-the-counter pills, is available only with a prescription and administered only by injection.

The current consensus from clinical studies of synthetic HGH seems to be that short-term use by older people increases their lean muscle mass and decreases their fat, but does not improve their function, such as their cardiovascular endurance and muscular strength. HGH supplements also have produced worrisome adverse effects, including peripheral edema, carpal tunnel syndrome, joint pain, and even diabetes and glucose intolerance.

Menopause marks the cessation of a woman’s cyclic ovarian function. It is the first full year during which no menstrual periods occur. The mean age for its onset is 51.4 years old. After menopause, the cycling production of estradiol, the most potent estrogen produced by the ovaries, is replaced by a very low, constant level. The consequences of estrogen withdrawal are numerous, including “an increased risk of cardiovascular events, rapid loss of skeletal mass, vasomotor instability [hot flushes], psychological symptoms, and atrophy of estrogen responsive tissue,” according to Brocklehurst. Cognition also may be adversely affected.

Men experience their own sex-hormone pause caused by a gradual, progressive decline in testosterone blood levels. Unlike the sharp drop in estrogen at menopause, however, andropause “is more variable, with unclear clinical consequences,” Brocklehurst experts say.

Secreted by the adrenal cortex (the outer part of the gland), DHEA and DHEAS are the body’s most abundant steroid hormones; but their physiologic functions, says Brocklehurst, remain “unknown.” After age 25, the body’s circulating levels of DHEA, a metabolic precursor to testosterone, and its sulphate gradually decline, resulting in adrenopause. This is true whether you are male or female. By age 80, your DHEA/DHEAS blood levels are only 10 to 20 percent of what they once were.

Some studies have described an association between declining DHEA and DHEAS and cardiovascular disease, breast cancer, low bone mineral density, depression, type 2 diabetes, and Alzheimer’s disease. But, to date, no causation has been established. Further, when older people have taken DHEA replacement in trials, no improvement in well-being or cognition has been found. Just like synthetic HGH, synthetic DHEA has not proved to be the hormonal fountain of youth.

Unlike DHEA, levels of the adrenal steroid hormone cortisol tend to rise in older people. Cortisol mobilizes the body’s reserves in times of illness, physical injury, and emotional turmoil. You may have noticed that an older loved one, or you, if you are over 65, experience a prolonged response to stress. You need more time than you once did to quell your agitation after an upsetting encounter. It takes longer for older people to reestablish their normal blood cortisol levels.

Within the endocrine system, but outside of the hypothalamus-pituitary axis, the pancreas secretes the critical hormones insulin and glucagon, which regulate blood levels of the monosaccharide sugar, glucose.

Only 1 percent of the pancreas’s function is engaged in secreting hormones into the blood to maintain normal sugar levels. The organ’s primary function is to secrete digestive enzymes into your gastrointestinal tract, which it does via exocrine glands that empty into ducts.

Insulin principally targets cells in the liver, adipose tissue, muscles, and the appetite-control area (satiety) of the hypothalamus. Insulin regulates the uptake of glucose into these cells, where the sugar is stored and used later for energy.

Blood-glucose levels typically elevate with digestion of a meal. Insulin ensures that hyperglycemia, an abnormally high concentration of glucose in the blood, does not occur. When blood-glucose levels dip too low, the other pancreatic hormone, glucagon, acts to raise them. Together, they maintain stability.

With age, the prevalence of the insulin disorder, type 2 diabetes mellitus, increases, but diabetes is hardly normal. According to the Centers for Disease Control and Prevention, 30 percent of all people 65 and over have diabetes, with a type 2 diagnosis accounting for 90 to 95 percent of them. Type 1 diabetes mellitus usually appears in childhood or adolescence and is caused by insufficient production of insulin.

Physicians today view type 2 diabetes as resulting from “multiple defects,” including the following:

Aging definitely causes some decline in insulin secretion, and insulin resistance is more common in older people. Most elders do not develop type 2 diabetes, however, because their bodies compensate by adequately increasing insulin output. The peripheral and hepatic insulin resistance that occurs with type 2 diabetes relates more to poor diet, physical inactivity, increased abdominal fat mass, and decreased lean body mass. The first-stage treatment for this chronic disorder includes an exercise program and a nutritious, calorie-restricted diet.

Type 2 diabetes can lead to serious eye, kidney, nerve, and cardiovascular damage, including blindness, kidney dysfunction or failure, a loss of sensation, hypertension, and heart attack. It also impairs the body’s ability to fight infection. If your parents’ families have a history of diabetes, your parents and you need to be especially mindful of your weight and nutrition.

The prevalence of thyroidal disease increases with age, but the physiologic changes to the thyroid caused by aging have yet to be determined.

The thyroid gland, which is the body’s thermostat, has two lobes, located on either side of your trachea (windpipe) and connected by a band called the isthmus. One of the largest endocrine glands, the thyroid contains numerous follicles, which produce and store the two thyroid hormones, thyroxine (T4 ) and triiodothyronine (T3). In order to make these hormones, the gland needs iodine—which is why iodine is added to commercial table salt.

Thyroid hormones regulate the body’s metabolic rate and also play a part in tissue growth and development, sympathetic-nervous-system response, and mental alertness. Thyroxine has a longer half-life in blood than triiodothyronine and is 20 times more plentiful. You often see the two hormones referenced singly as thyroid hormone.

Thyroid-stimulating hormone (TSH), released by the pituitary gland, stimulates thyroid-hormone production. If too much TSH is released, the thyroid gland secretes too much hormone, a condition called hyperthyroidism. Conversely, if the pituitary does not release enough TSH, the thyroid will secrete too little hormone, resulting in hypothyroidism.

If an older loved one or you suffer from thyroid dysfunction, it is most likely to be hypothyroidism, which is characterized by sluggishness, muscular weakness, a reduced ability to perform routine tasks, and weight gain. You may think of it as a metabolic slowdown. Conversely, hyperthyroidism results in extreme nervousness, agitation, chronic fatigue, and weight loss—a metabolic overdrive.

Normal aging is accompanied by a slight decrease in pituitary TSH release. However, because the thyroid hormones’ clearance from the blood also decreases with age, the concentration of thyroxine does not change.